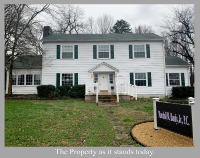 Post Cherokee Nation 19th Century Ownership
The property upon which this office sits has a unique story regarding its ownership. This property was acquired by G.W. (George Washington) Anderson by virtue of Cherokee removal. When the Cherokee Nation was removed in 1838, a lottery was held in the Georgia Capital, which at that time was in Milledgeville. The people that were eligible were veterans of the Revolutionary War and the war of 1812. G.W. Anderson purchased from J.M. and Alfred McSpadden land lot #190 at a purchase price of $1,500.00 in 1839. That land lot constituted the biggest part of the Chief Taylor Plantation. G.W. was a surveyor by profession and was working for the W&A (Western and Atlantic) Railroad surveying the line leading to Graysville, Georgia. His gravestone reads He was a Christian friend and patriot. His life was marked with integrity, consistency and piety and was born 1779 and died in 1851. It is believed that G.W. was living on the Chief Taylor Plantation at the time or knew about the property. Chief Taylor's plantation was located at what is now the intersection of Boynton Drive and Hwy. Number 151 in the City of Ringgold. Of course, Ringgold did not exist at that time. Chief Taylor was one of the Chiefs of the Cherokee Nation. Each land lot had 160 acres. This property borders land lot #190's North side. In G.W. Anderson's will, dated the 16th day of April 1842, he gave to his eldest son, Nathan Anderson, land lot number 190.
G.W. Anderson had a plantation consisting of all or portions of land lots 189, 190, 195, 203 and 208. These land lots comprise the Interstate 75 interchange, the Rollins Industrial Park and the Nathan Anderson Cemetery. In addition, the two land lots north and south of the Old Stone Church were part of his plantation. G.W. Anderson apparently donated the property for the Old Stone Church — which is presently located at the intersection of state highway 2 and U.S. 41.

'Being of advanced age but of sound and disposing mind and memory and knowing that I must shortly depart this life deem it right and proper both as respects my family and myself. I desire that my body be buried in a decent and Christian like manner suitable to my circumstances and my condition in life.  My soul I commit to the God who gave it and hope for salvation through the merits of the atoning blood of our lord and savior Jesus Christ.' 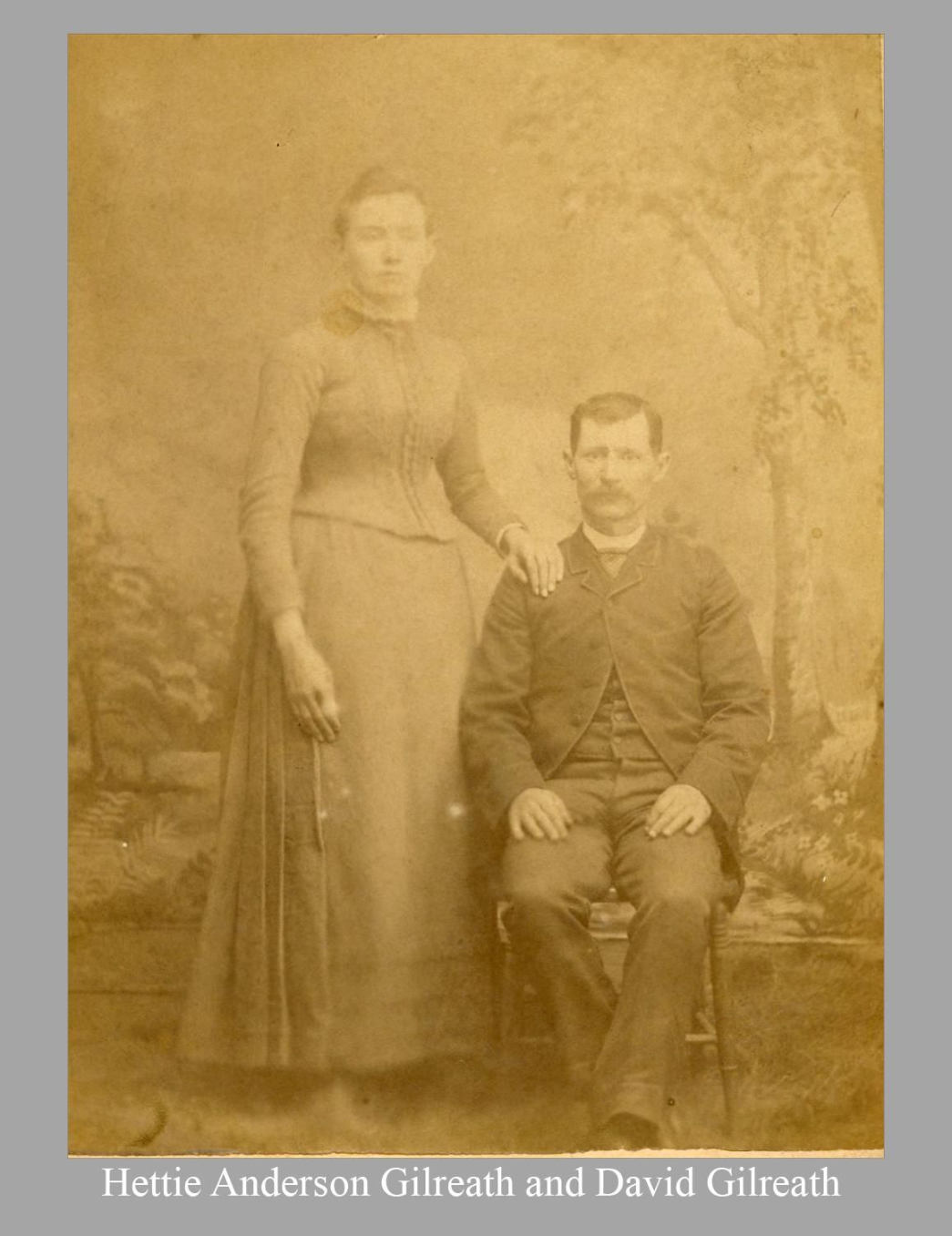 Nathan gave Land Lot 190 property and what is known as the 'island' property — which lies between this office and the Anderson home (which was located near the Nathan Anderson Cemetery) to his son Emmons and others.  The reason it is called an island is because it is bound on three sides by West Chickamauga Creek and South Chickamauga Creek. It is now a portion of the Chief Taylor Walking Trail.  Emmons' daughter, Ester E. (Hettie) Anderson, married David Gilreath from Trion Georgia. David Gilreath died in 1910 of tuberculosis.  He and Hettie had three children, Edith, Mable and Madge. David Gilreath was a carpenter and remodeled this house and painted it white.  The photo is shown herein.

It was originally a log house located a few hundred feet west of where it is now. The remodeling removed all the roof, log walls and left only the floor and foundation.  This house was originally a four-room log house known as a dog trot cabin.  A 'dog trot' cabin had a hallway from the North side all the way to the back side and had four rooms with 10-foot ceilings to provide good ventilation during hot weather.  It was a common mode of constructing cabins during the 19th century and before.  The log cabin was constructed approximately 100 yards east of the present location in the 1840s.  However, the nearby creek flooded the cabin. The cabin was disassembled and reassembled at this location.  There is a hand dug well to the rear of the home and it is a circular well approximately 20 feet in depth. The well is presently covered by the enclosed porch at the rear of this building. 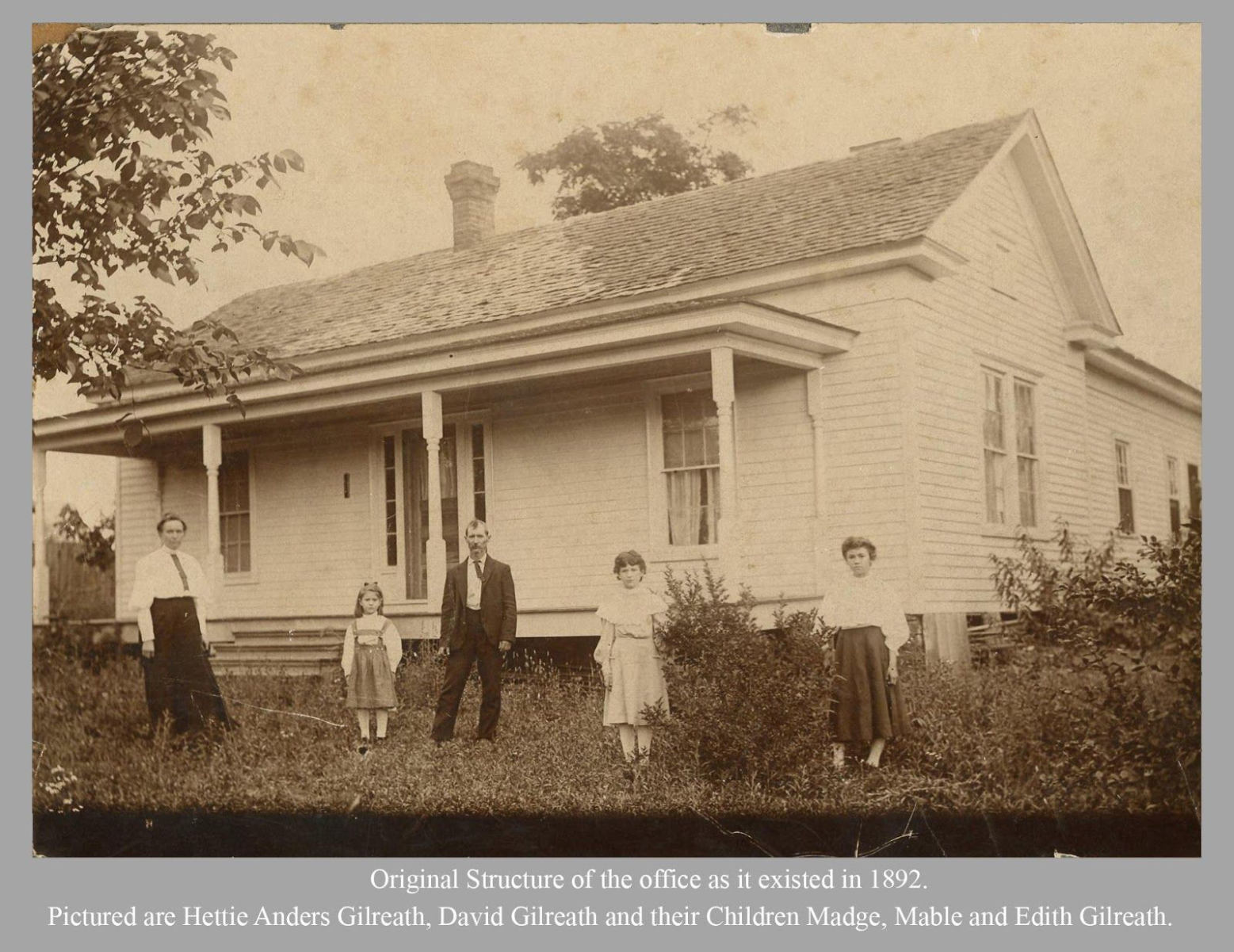 The house was not constructed on a concrete footing foundation.  The standard at the time was to place stacked stones in corners to act as load bearing columns and to lay hand hewn logs between the stones to support the walls and the floors.  Those hand hewn logs are the support for the foundation for this building. The original flooring is still intact and is made of 6-inch pine or hard wood planks that are assembled with wooden pegs.  That floor exists under the present hardwood floors. Hettie Anderson Gilreath remained in this house and resided here until her death in 1938. Her youngest daughter Mable married Harold Adams and they moved from Chattanooga to this location.  Mabel was given the property by Hettie. In 1939, Mable and Harold remodeled this, her childhood home, by removing the roof and rafters and built what you see today. They wired it for electricity, installed indoor plumbing and put in a central heating system.   The duct work originally installed in 1939 is still in use. The original heating system was a coal furnace.  It had an auger system connected to a coal bin and was electronically and thermostatically controlled. It was located where the present office supplies storage room is located, in the middle of the structure.  As far as I know this is the only piece of property in Catoosa County that has remained in the same family hands since the Cherokee Indians were evicted from this area, as each owner was a direct descendant of G.W. Anderson.  In 1934, my oldest sister Marion was born in this house. In 1942, my older brothers Martin and Maurice, who are twins, were born in this house. Mabel and Harold (who died in 1969) had no children and when Mabel died in 1983, I purchased the property from the estate.

DURING THE CIVIL WAR
Nathan Anderson's home was used as a hospital during the Civil War. It was located near the Nathan Anderson Cemetery. It is likely that my office property was a hospital as well. Most houses were burned by Sherman during the Civil War battle in Ringgold. The only houses that were spared were those that were used as hospitals. The Courthouse was spared because it contained the Masonic Lodge. The Whitman house was spared because that was Ulysses S. Grant headquarters. Below is a pass given to Nathan during the battle and occupation of Ringgold by the Union troops: 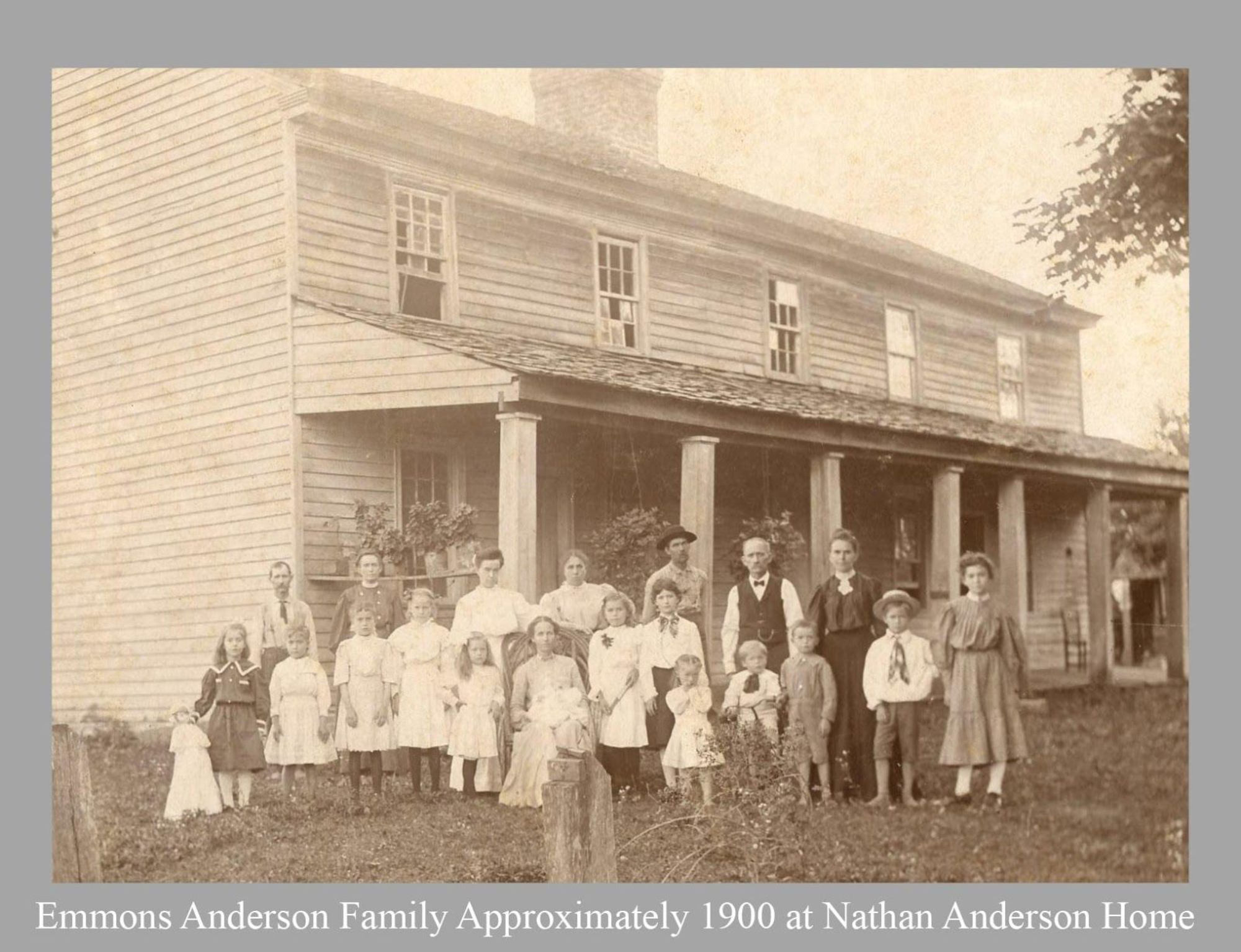 'Head Hdq. 2nd Div. 12th A Corps, Ringgold, Georgia November 27, 1863. A safeguard is hereby furnished for Mr. Nathan Anderson for his premises stock and other property.  And all officers and soldiers are ordered not to molest them in any manner.  Mr. Anderson has furnished assistance and supplies to our wounded to the extent of his power.  While his house was used as a hospital.  By command of Brig. Gen. John W. Gray Commanding Div. W.T. Forbes Cap. And Adjt.'

Since Mable Adams death in 1983, it has served as my law office. She was my great aunt. She was active in the Civinette and Garden Clubs in Ringgold. She served on the Cemetery Committee for the Ringgold Garden Club and was instrumental along with a few others in raising funds for a perpetual fund which still exist today.

In 1978, when I was a young lawyer, she asked me to create a perpetual corporation to manage the cemetery funds.  During one of our conversations in this house she said 'Some say you can't get to heaven by doing good works but I don't see how it could hurt.'    She was approximately 83 years old at the time.